We shouldn't allow it to happen
Covid 19 flows like the wind
We have to stay put at homes
Grow fat as least we are still alive!

go back to PH, Johore Bersatu

but life has to move on

Here the back door government allows
Certain industries to start full operations
Don't the coup leaders see the overall picture?
They fall for the trap by Covid 19

The active chart still rising
Covid 19 may play hide and seek
Up and down the chart it sings
What will it be?

The economy has to go down
What else to do but Covid 19?
Saving lives are important
But economy can wait

Don't rush in
Knowing how Covid 19 work
The nation may suffer for it
She can't afford to have another wave!

the foxes in the chicken coop

But it is the false hope of protection
The greedy foxes will try to find a way in
They want to steal; nothing will stop the deed
The foxes feeling good no need to worry

the laws must apply equally

They broke the MCO regulations
They knew they are wrong indeed!
When they were caught they would give reasons
The police just handcuffed them put them in lock-up

The police would process it quickly
Get them to court and get punished
The MCO breakers would know the truth
Why breaking law has no excuse!

Yet in the scheme of things
We saw the double standards came
Some VIPs were fine no jail term
One was left go without a case!

The ordinary folks would face jail
Some would have to do community services
Is this how our judges work?
Different set of laws for different class of people?

She wasn't handcuffed or in police car
She could arrogantly talked back to her critics
Will the police handcuff her to be fair to all?
The laws have no eyes or ears it has to be fair

don't throw caution to the wind

Don't we learn our lessons?
Covid 19 has mutated into 3 groups
From A to B to C with the main group A
It hasn't gone away from our shore

Now we have students sending homes
From their places of stay back to villages or towns
From the areas where Covid 19 still in active mode
How sure are we handling Covid 19?

Don't throw caution to the wind
Covid 19 hasn't died down on our shore
It still stays active in the air
We may face the next wave?

The economy can revive
As history has concluded all the times
But lives lost are forever
There is no chance to reactivate a life!

Are we prepare for the next wave?
Covid 19 is looking for hosts to spread
We haven't seen the chart going down
We see the fluctuations of the chart

We have the active cases
We haven't checked the illegals
We can't be like Singapore
Suddenly the hike of cases in the republic!

Who is going to check the companies on rules?
Will the operators stick to it every day or sometimes?
We are in Covid 19 era now
We can't be playing hide and seek!

the good life has to change

covid 19 is still hanging in the air


There will be another wave
The back door government allows certain industries
To jump start the economy for domestic and export
Bearing in mind Covid 19 is still hanging in the air!

What is the back door leaders thinking?
Life is precious but economy can wait
Don't make mistakes for Covid 19 to spread
The interactions on workers and surrounding areas

Covid 19 will force businesses to stop
There is no second guessing game
When the back door leaders allow business operations
Covid 19 will salivate at the ready hosts!

leaving the threads of tapestry

Open the pages of photos albums
There the laughter, smile and tears
Remembering the shared moments
Of the years gone with each passing day

the moves behind the scene

The people aren't watching
They have economic issues in the minds
The worrying faces of prolong lock down
Will there be employment after MCO?

no getting away for MCO breakers

MCO breakers
They have to be charged
What's there to prepare investigation papers?
They break the law

Even VIP or family members
They mustn't be allowed to go free
They have broken the law
Why keep silence on it?

The police and AG mustn't play safe
There mustn't be a 2 sets of law
MCO breakers need to be charged
Take them to court, fine or imprison

What's there to argue?
The VIP or minister who break MCO law
They have to be charged and fined
There is no reason they could walk free

We don't need 2 sets of law
The old system has returned?
AG has to make the law apply equally
Most NGOs will keep watch

We can share the memories
The years we met long ago
The life of a sailor; the life of working
The places you gone to visit 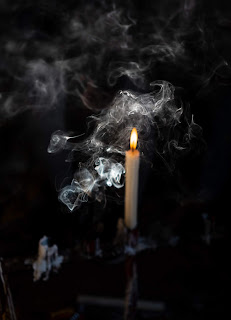 the 2 tigers can't live together

the back door government isn't in crisis mode

Covid 19 shows us
Why the companies are poorly managed?
Without cash flow to survive
Cash flow is a blood in any organization

the candles for the fallen angels

playing games in the sheets

Playing games in the sheets
It always have all the benefits
The love, the closeness, the connections
Everything in one sweep everything will be fine

But are we wiser with the tips?
We aren't by the score of it
We still face problems in our games
Lucky for us we have coaches

Every woman has different tastes
Talking dirty is no way to glow
Even the back door has a seal “Don't enter!”
Because religions come in to play


Why allow inter-state permission?
There is no reason to allow it
It is under MCO the police should stick the rules
Letting motorists apply defeat the purpose
It is to control the spread of Covid 19
Here the police want to let it happen?
There is no reason for the motorists to travel
Covid 19 isn't a child play
It will strike when we aren't aware
The silent carriers spread it whole again
Do the police know it?
The chart isn't changing straight
It is still the swing of high and low
It means the virus is still attacking
The police shouldn't allow free hosts to it
The spike will chart the scene
Let the green zones stay
Without any one to spread it
We want to control the virus
The police should stop the permission

the jigsaw puzzle in Moo

Posted by lanaibeach at Saturday, April 25, 2020 No comments:

Finally Mr Reformasi arrives! The decades of fighting for change has come Though in the form of a unity government Something good bette...